The 30th Asia Pacific Privacy Authorities (APPA) Forum was held in Melbourne, Australia from 13–14 November 2008. This Communiqué outlines the initiatives discussed at this Forum. 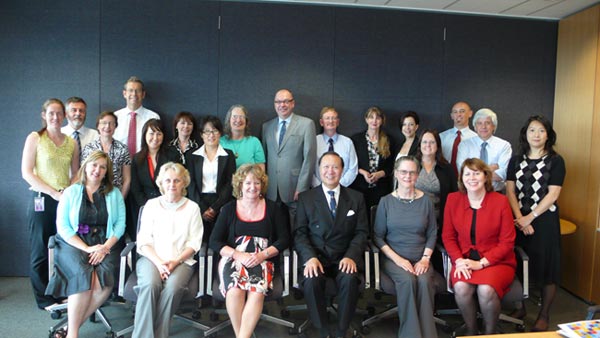 The 30th Asia Pacific Privacy Authorities (APPA) Forum was held in Melbourne, Australia, from 13–14 November 2008. APPA has the principal objectives of:

The first day of the Forum was a broader session. In attendance were Privacy Commissioners or representatives from Hong Kong, South Korea, New Zealand, Australia, New South Wales, the Northern Territory and Victoria. Representatives from Victoria, South Australia, Queensland, Australian Capital Territory and Australian government departments with responsibility for privacy also participated in the meeting.

During the broader session, jurisdictional reports were presented and international and national privacy issues and developments were discussed.

The Resolutions from the 30th International Data Protection Conference held in Strasbourg, October 2008, were reviewed. APPA welcomed the International Conference endorsement for the establishment of a working group to initiate a worldwide privacy and data protection awareness week/day. This idea was suggested at the 29th APPA meeting, 20 June 2008, in Seoul.

The results and analysis of a recent survey on the use of Portable Storage Devices and related risks was provided and updates were given on developments in data breach notification and privacy law reform in several jurisdictions. Issues concerned with locational privacy and ‘blacklists’ were also discussed in detail.

The second day of the Forum was a closed session for APPA members and the jurisdiction reports were discussed in greater depth and detail. Members exchanged expertise and experiences in regard to issues raised in the reports. The impact of the APEC Privacy Framework was also discussed.

A review of the objectives for the APPA Forum was undertaken and opportunities for further joint initiatives across jurisdictions were highlighted, particularly in relation to Privacy Awareness Week, 3-9 May 2009. The Australian Office agreed to continue to act as the APPA secretariat for an additional two years.