The 27th Asia Pacific Privacy Authorities (APPA) Forum was held in Cairns, Australia on Friday 22 and Saturday 23 June 2007. This Communiqué outlines the initiatives discussed at this Forum. 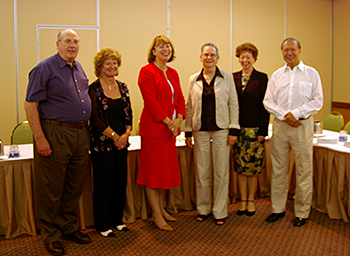 APPA is pleased to announce that during the two day meeting it broadened its membership from seven authorities to eight, welcoming the Information and Privacy Commissioner of British Columbia.

APPA discussed the cross border enforcement aspects of the APEC Privacy Framework and the potential role for APPA and its members in the implementation of the Framework. The Forum also heard about similar cross border developments in the OECD.

The APPA-wide youth writing competition and the presentation to the winner to coincide with Privacy Awareness Week in the last week of August 2007, was a focus of much discussion at the Forum. Participants exchanged views on the success to date of the initiative, including efforts to promote the competition by the various authorities, and the response received in each country. The Privacy Commissioners noted the warm relationship that had developed between the project’s coordinators in the participating countries and the increased cooperative approach between the privacy authorities that resulted. It was noted that the sharing of resources had achieved more in promoting awareness of privacy rights than would have resulted had each data protection authority undertaken the project independently.

Hong Kong, New Zealand, Australia, New South Wales, Victoria and the ACT agreed to establish a Working Party to look at the possibility of developing guidelines for the protection of individual’s privacy rights in relation to the use of biometrics.

New Zealand, Australia and New South Wales have agreed to establish a working group and report back at the 29th APPA Forum with recommendations regarding the possible standardisation of statistical collections.

The next meeting of the Forum will be held in New Zealand on 30 November and 1 December 2007.