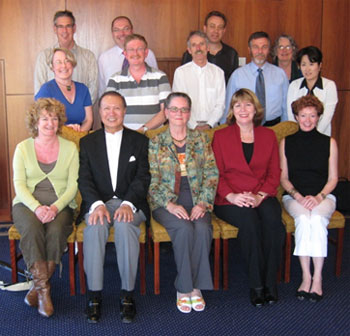 In attendance were representatives of the privacy authorities from Australia, Canada, Hong Kong, Korea, New South Wales, New Zealand, Northern Territory and Victoria and, as an observer, the UK. Several New Zealand officials and a representative from the South Australian Privacy Committee participated for part of the meeting.

APPA’s principal objectives are to:

APPA was pleased to announce that since the last meeting, the Privacy Commissioner of Canada had accepted an invitation to join, broadening the forum’s membership from eight authorities to nine.

The forum received reports on developments in the various jurisdictions and held discussions on a range of privacy topics. It continued its practice of learning from other stakeholders’ experiences including private industry, civil society and law reform bodies. Presentations were received from:

APPA members reviewed some of the privacy initiatives taken at international level during the last 6 months and in particular discussed an APEC Pathfinder project on cross-border privacy rules and OECD work focusing on the future of the internet economy.

APPA members re-committed to progressing the implementation of the APEC Privacy Framework including working individually on some of the projects included in the Data Privacy Pathfinder work plan. The privacy regulators who make up the APPA membership see themselves as playing a significant role in furthering the work of the APEC Data Privacy Sub-Group