The 32nd Asia Pacific Privacy Authorities (APPA) Forum was held in Adelaide, Australia from 3–4 December 2009. This Communiqué outlines the initiatives discussed at this Forum. 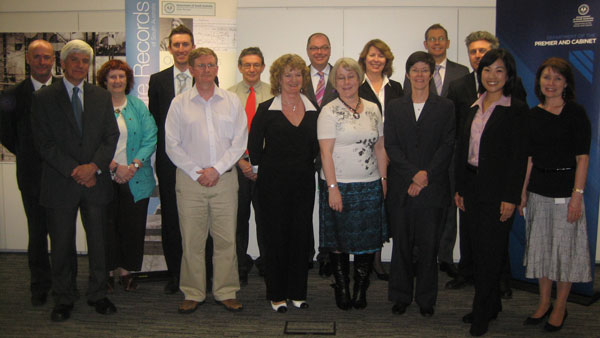 The 32nd Asia Pacific Privacy Authorities (APPA) Forum was hosted by the Privacy Committee of South Australia in Adelaide, Australia on 3–4 December 2009.

Attendees discussed the APEC Privacy Framework and outcomes from the 31st International Conference of Data Protection and Privacy Commissioners, which was held in Madrid, Spain in November. Members resolved to convene a working group to work towards the establishment of a day or week during which privacy is celebrated and promoted on a global basis. Members also resolved to convene a working group to review APPA’s membership criteria.

Members agreed to use an interactive online tool as a joint promotional product for Privacy Awareness Week (PAW) 2010. The tool, which allows users to self-test for their risk of ID theft, was originally developed by the Norwegian Data Inspectorate. Ideas were exchanged about the future of PAW, and members agreed to continue promoting PAW jointly and encourage further international participation. Members resolved to adopt the APPA Secondment Framework, which aims to promote greater mobility of staff between APPA offices and to increase regional collaboration.

The second day of the Forum was a broader session. Jurisdiction reports were presented, and members gave updates on the implementation of data breach notifications in their region. This session also featured discussion of privacy law reform throughout the region and presentations about credit reporting developments and ID scanning.

Members also participated in a public forum on privacy, identity and e-crime. The public forum featured presentations from leading academics and public servants and representatives of the South Australia Police. This event gave APPA members the opportunity to consider the role of privacy authorities in identity crime awareness and prevention and information and identity security in government.

The next meeting of the Forum will be held in Darwin, Australia on 3-4 June 2010.

APPA is the principal forum for privacy authorities in the Asia Pacific region to form partnerships and exchange ideas about privacy regulation, new technologies, and the management of privacy enquiries and complaints.