The 33rd Asia Pacific Privacy Authorities (APPA) Forum was held in Darwin, Australia from 3–4 June 2010. This Communiqué outlines the initiatives discussed at this Forum. 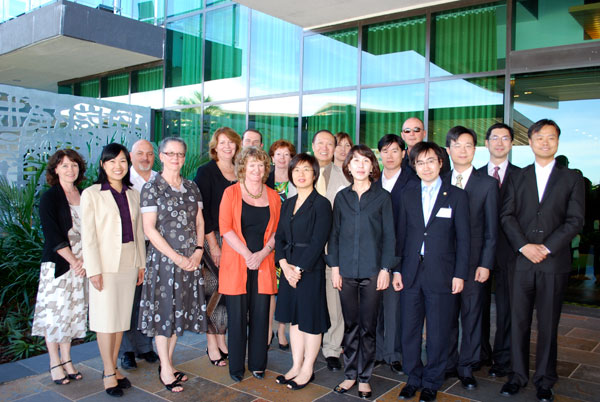 The 33rd Asia Pacific Privacy Authorities (APPA) Forum was hosted by the Office of the Information Commissioner, Northern Territory in Darwin, Australia on 3–4 June 2010.

Attendees presented reports detailing recent privacy developments that have occurred within their jurisdiction including issues relating to privacy and technology. Matters raised included future privacy impacts of ubiquitous computing, cloud computing, the use of biometric data for entry into venues, and ongoing investigations. This session allowed members to discuss and exchange ideas on the issues that jurisdictions are facing.

The meeting discussed Privacy Awareness Week 2010 and agreed to continue the Week in the future. Members agreed that an overarching slogan for use by jurisdictions should be considered on a year by year basis, and that each jurisdiction should continue to have the flexibility to develop their own theme.

Members agreed with the proposed Terms of Reference of the newly formed Technology Working Group to be led by the Office of the Privacy Commissioner for Personal Data Protection, Hong Kong. Membership of the working group will be open to all APPA members and observers.

APPA members discussed broadening membership with members agreeing with the recommendations made by the APPA Membership Working Group. Members agreed that APPA is to evolve into a regional meeting of data protection authorities and privacy enforcement authorities for the entire Asia-Pacific region with members being eligible to join if they are accredited to the International Conference of Data Protection and Privacy Commissioners (ICDPPC); or a participant in the APEC Cooperation Arrangement for Cross-border Privacy Enforcement (APEC Arrangement). Members also wanted a mechanism to be found by which authorities that perform functions that are substantially similar to APPA members may be eligible to join.

Members participated in a public forum on ‘Privacy and Society’ organised by the Office of the Information Commissioner, Northern Territory. Approximately 60 Privacy Contact Officers from across the Northern Territory Government joined. The following speakers addressed the forum:

The public forum featured presentations on privacy issues and Indigenous populations from Australia, New Zealand, Canada, as well as a panel discussion on a wide variety of issues including the use of biometrics, children and privacy, changes in the privacy landscape in Hong Kong, and alcohol licensing issues in the Northern Territory. The second day of the official APPA forum opened with an address on privacy advocacy by guest speaker Dr Colin Bennett from the University of Victoria, BC, Canada.

Members discussed the use of social media platforms by privacy regulators as a communication tool, and members agreed to continue to update the meeting on progress in this area.

The privacy implications of smart infrastructure were also discussed with a variety of jurisdictions noting that this was an issue that would become more important as this type of technology continued to develop.

The next meeting of the Forum will be held in Auckland, New Zealand from 7–8 December 2010.

APPA is the principal forum for privacy authorities in the Asia Pacific region to form partnerships and exchange ideas about privacy regulation, new technologies, and the management of privacy enquiries and complaints.