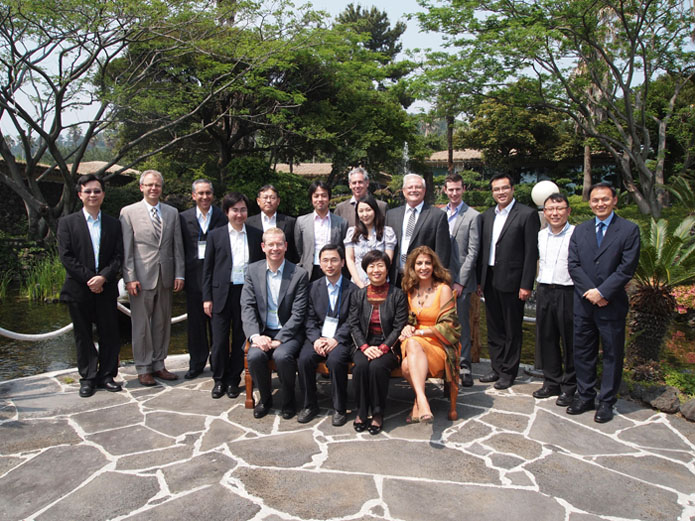 Participants discussed a wide range of matters over the two days of the meeting. Selected highlights of those discussions follow.

In the light of these incidents, participants discussed the potential for future joint enforcement activities and explored possibilities for mechanisms to further enhance coordination between members conducting investigations into similar matters.  As a first step in this direction, a number of participants resolved to participate in a comparative analysis of their investigations of the Sony incident at the next Forum.

The New Zealand Privacy Commissioner’s Office will draft an issues paper on how to enhance and formalise coordination between members in global privacy enforcement.

The Forum also discussed developments emanating from the Organisation for Economic Co-operation and Development (OECD), particularly the establishment of the Global Privacy Enforcement Network (GPEN).  Discussion was held on Asia Pacific Economic Cooperation (APEC) Cross-border Privacy Enforcement Arrangement (CPEA) to which a number of APPA members are signatories.  The Forum recognised these initiatives as important mechanisms to support cross border enforcement.

Meeting participants took part in a field trip to a smart grid test bed facility on 1 June 2011.  Smart grids are electricity networks that can intelligently integrate the behaviour and actions of consumers and generators to improve energy efficiency.

To optimise the performance of smart grids, energy providers may collect and retain detailed information about a household’s energy consumption patterns.  Members discussed the privacy implications associated with this, and will monitor the possible privacy impacts of this new technology as it continues to develop.

Privacy Awareness Week (PAW) took place from 1–7 May 2011.  The meeting agreed that it had been a great success.

The survey results will provide useful insights into people’s online privacy behaviours. The Communications Working Group will collate the survey responses, analyse the results, and deliver a report to the next meeting.

Web 2.0 technologies have great potential for enhancing the way that privacy regulators communicate with their key stakeholders.  The meeting discussed and shared examples of how privacy regulators are now using these technologies, including social networking sites, as a means of further raising community awareness of privacy rights and responsibilities.

The next meeting of the Forum will be hosted by the Office of the Victorian Privacy Commissioner.  It will take place in Melbourne, Australia on 1–2 December 2011.

Representatives from the following organisations joined part of the meeting as observers: